I can't believe how fast this year has gone by. Maybe it's been because we've been so focused every week on writing and recording, or maybe it just happens when you get older, but man this year has really flown by quicker than any other in my life.

We just started recording what will be the last song of this little experiment. It's taken more forms than a Pokemon, but once we fully evolve this sucker I think it's going to be a good one to wrap things up. It's about a sleazy bar pick-up, so what's not to love?

As for the last few songs, we did 'Annie' in October, I believe, and then put out 'Everyday' this month. Annie is one where Zane really took the lead--he wrote most of the lyrics, he came up with the chord progression, sang the lead vocals, and even played the rhythm guitar and drums on the recording. I wrote some of the bass parts with Ryan, who recorded the bass, and I did the lead guitar. One of the absolute best parts of our song-a-month-a-palooza is that we've started switching instruments to write a lot more than we ever have, which is then taking us in a lot of different directions that we wouldn't have went in otherwise. Annie is a good example of that. It's not really a rock song, and it just moves in a different way than other songs we've done.

'Everyday' is my attempt at a love song, which is something I personally don't think I write all that well, for whatever reason. I freakin' love my wife, and I wanted to make a freakin' love song for her. In the end, I think my lyrics are cheesy, and come nowhere near to expressing my deep, deep love for that woman. Musically, its a fun little ditty and Garrett made his recording debut (I think) on rhythm guitar on this one. Also, I love how we almost sound like a gospel choir doing the back-ups in the chorus. I mean, a little. If you squint.

Anywho, I better get to bed before I start rambling. We'll be back with another song next month and hopefully some plans for 2019. Smell ya later. 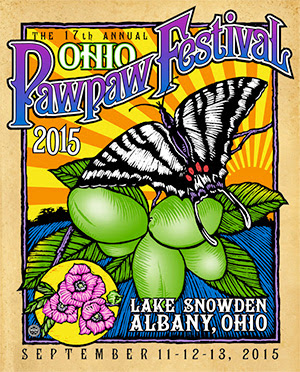